If you feel like you've been fighting through each day alone, I'm here to help you see that you aren't alone and there is hope. I'll help you find the next right step on the path in front of you. 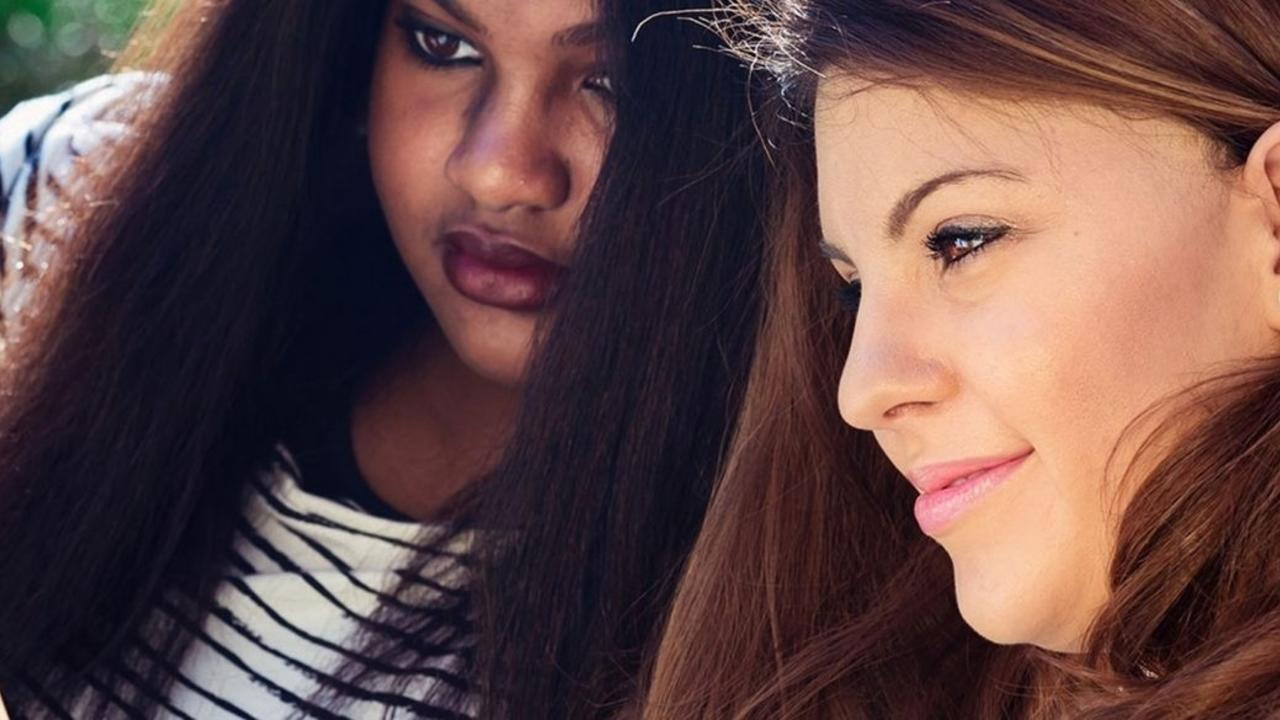 How to Know if You are a Christian

I have a question for you. It's a seemingly easy question. It's not an essay question. Just a simple "yes" or "no" will suffice. It's a question that people answer frequently. But this time when you hear it, I want you to be honest with yourself.

Are you a Christian?

According to the U.S. Census Bureau, roughly 173 million people of the total US population of 228 million claim to be of the Christian faith. Wow! That's a whole lot of Christians! 173 MILLION! Despite what some would have you believe, I think these statistics are actually a pretty accurate representation of the way Americans view themselves.

I know I certainly hear proof of it all the time. Most people I talk to say "Oh yeah, I'm a Christian" or "Sure, I believe in God."

Let's define a Christian first. (Slippery slope, I know. Stay with me, though.)

Merriam-Webster defines a Christian as

one who professes belief in the teachings of Jesus Christ.

So if we live in a nation that is 75% Christian, why is it that we seem to be so far away from God?

Some might claim that it's religion that's missing. People are doing all the wrong things. There's too much drugs and alcohol, too much television, too much skin being shown, too much sex, yada yada yada… the list could go on and on.

Let's look at this from a different angle. Let's say my son comes to me complaining that he doesn't feel well. I feel his forehead and he is in fact burning up with a fever. Now the fever is a problem - but it is not the problem. It is merely a symptom of the problem.

The increased body temperature tells me that there is something that has gone wrong beneath the surface of my child's skin. It tells me there is a war being waged between my son's immune system and whatever is trying to infect his small body.

Now my son does not want to be sick. Just like any little boy, what he wants to do is run and play, roll around with the dog, or annoy his older sister. He simply cannot because there is something wrong inside of his little body. The fever is a sign that something is just not right.

Now flip it back around to the state of this overwhelmingly Christian-populated nation (statistically speaking, of course.) If so many people claim to believe in God, why is it that our nation is in such disarray?

Why is it that the guy next door (who says he's a Christian) has more hate and anger in his heart than that other guy across the street who says he doesn't even believe in an all-powerful God - the guy that believes we can never understand the concept of "God" and "God" is all around us in the plants and the ground and the frog and the toilet and the blah blah blah blah blah (yeah, that's what it all starts to sound like to me…)

Something certainly seems off here. Well, let's go back to the definition of a Christian.

One who believes in the teachings of Christ.

You will know what I believe.

Let's imagine the weatherman said there was a 30% chance of rain today. If I think there might be a possibility of rain, yet I step outside and it's all sunny out, I am probably going to leave my rain-gear inside the house. And even if I do bring it to the car, I probably won't wear it into the mall. I mean, seriously! People will stare!

"Look at that crazy girl with her umbrella, rain boots, and bright yellow rain coat! She's all dressed up for a flood when there's not even a cloud in the sky!"

No. I don't think so. I'm not going to be ostracized for a possibility of rain. Huh uh!

Now if that same old, trusty weatherman tells me that it is for sure, without a doubt going to rain Noah-style today, you had better believe, I am taking my umbrella… and my rain coat… yep, even those bright pink, polka dotted rain boots. And I'm gonna wear them wherever I go. I don't care if the sun is shining. This girl is not going to get washed away today! I might even hook up the boat to the truck.

"Becki! What does all this talk about fevers and rain boots have to do with whether or not I'm a Christian?!"

I'm so glad you asked!

See, if one professes to be a Christian, they must believe that what Christ taught was the truth, the whole truth, and nothing but the truth. There's no middle ground. Either you believe it or you don't.

Open the Bible and read it for yourself.

Cover-to-cover! Yes, the whole thing! Read it! Let God speak to you. Absorb the words in red. Oh how powerful those words are! Don't blindly believe what anybody else has to say. Unless you seek the answers for yourself, you won't know if you're being led astray.

And this, my friends, is not something you want to be wrong about. This is important. When it's all over, we don't get to hit ctrl-z. There's no undo button.

Are you putting on your rain gear even though it's sunny outside?

Or do you leave the thought of God in the car so that you aren't mocked and ridiculed by those around you? When others seem a little uncomfortable with you and your loud, obnoxiously squeaky rain gear?

Do you tone it down just so they aren't offended?Or do you stand strong in your belief that the rain is coming. Are you able to hold your head high, put your faith in Christ, and know that when that storm comes, He has equipped you with the gear to withstand the rain?

So I ask you again. Are you a Christian? 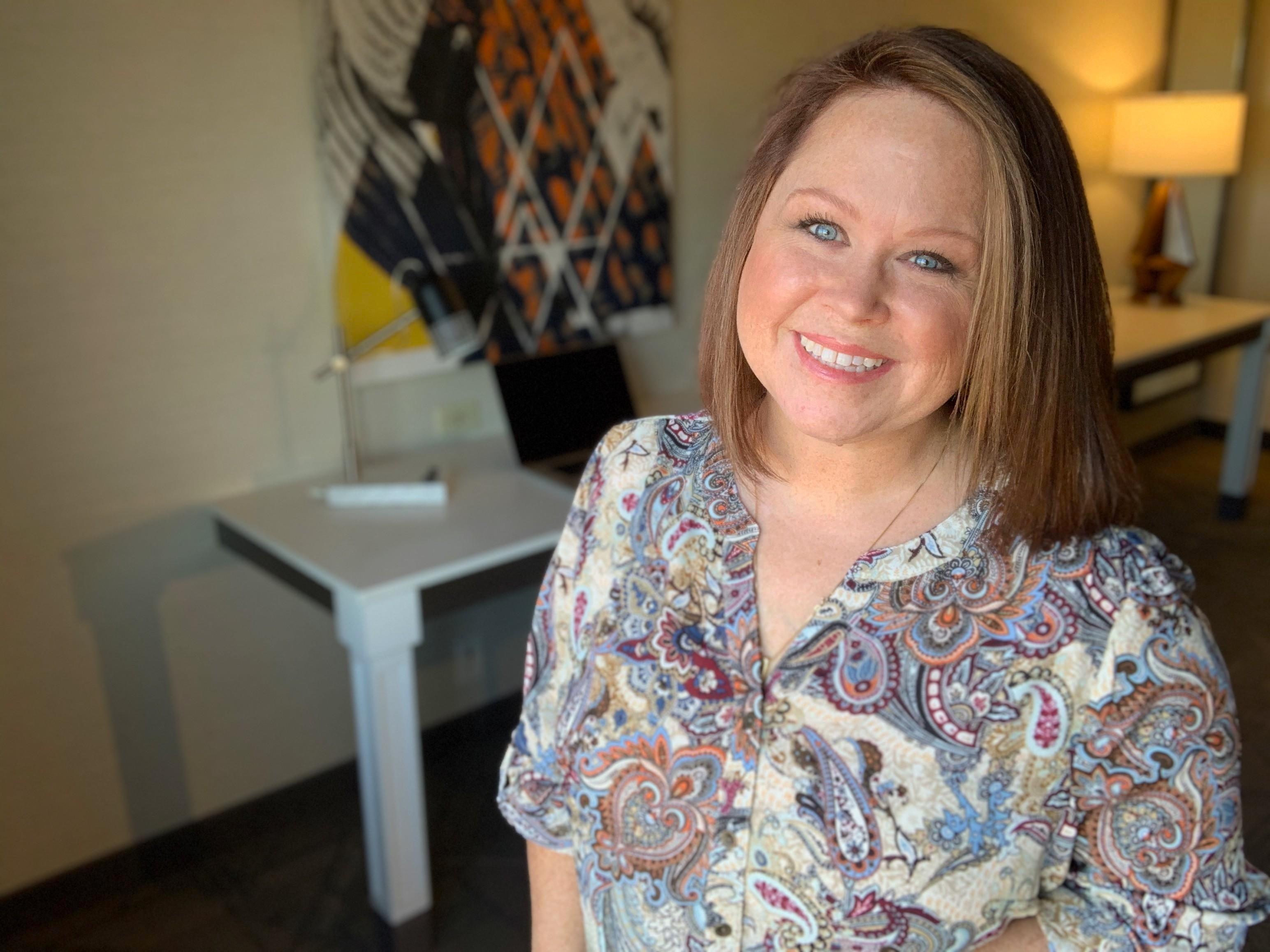 Crippling overwhelm is weighing down our lives.

Becki Johnson helps you break free from the weight of the overwhelm and step forward into the purpose you were created for.

Wake up every day with a passion knowing that you are making an impact and changing the world around you in a way that only you can. 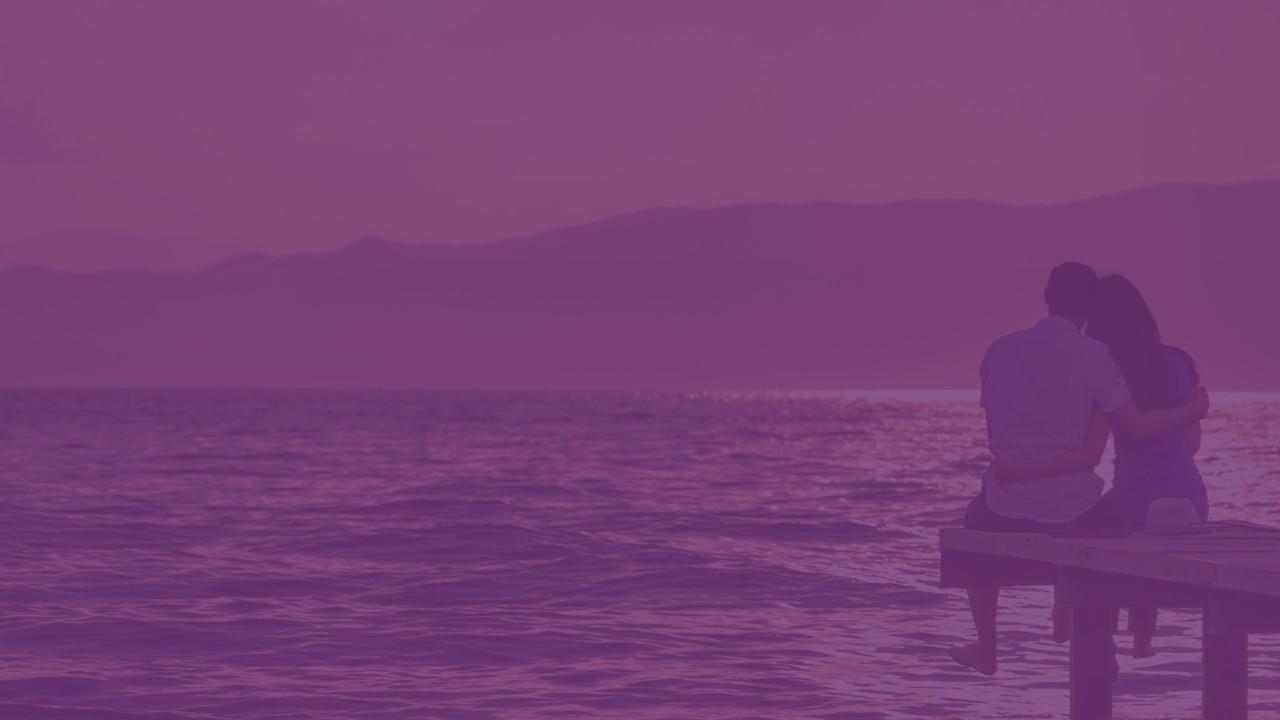 What Makes a Happy Marriage 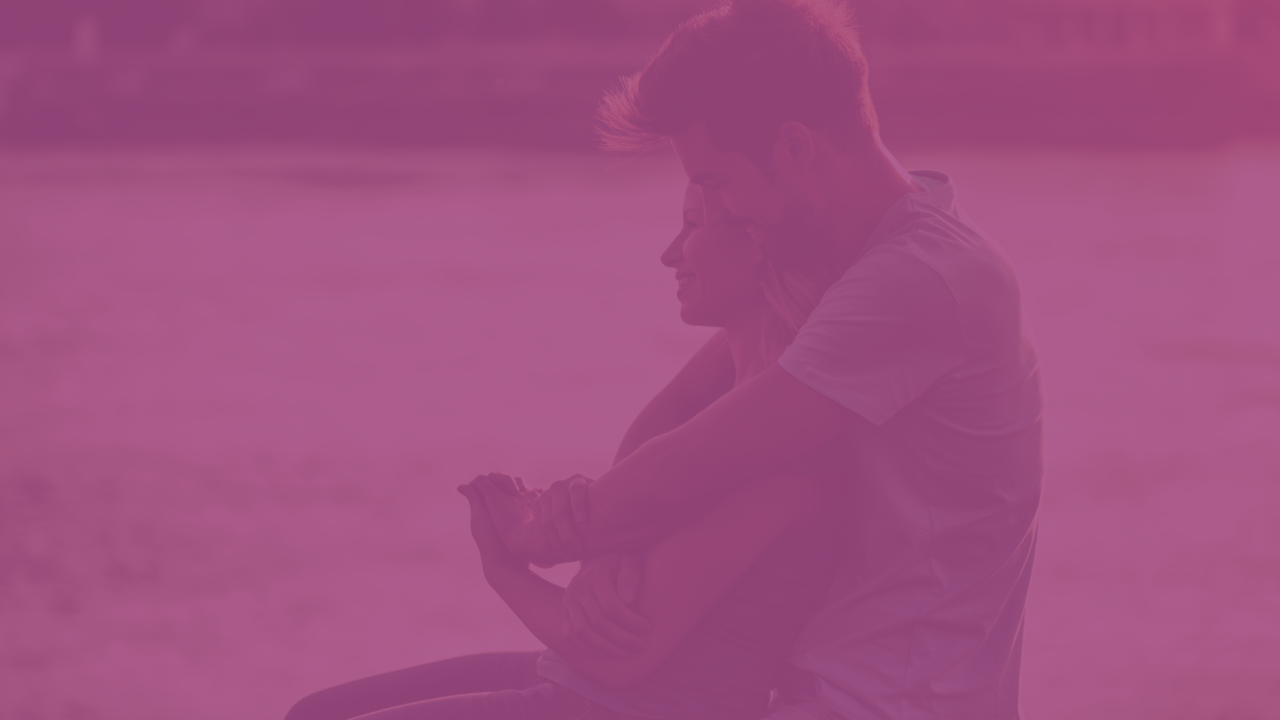 How To Get Your Spouse to Join You in Marriage Coaching 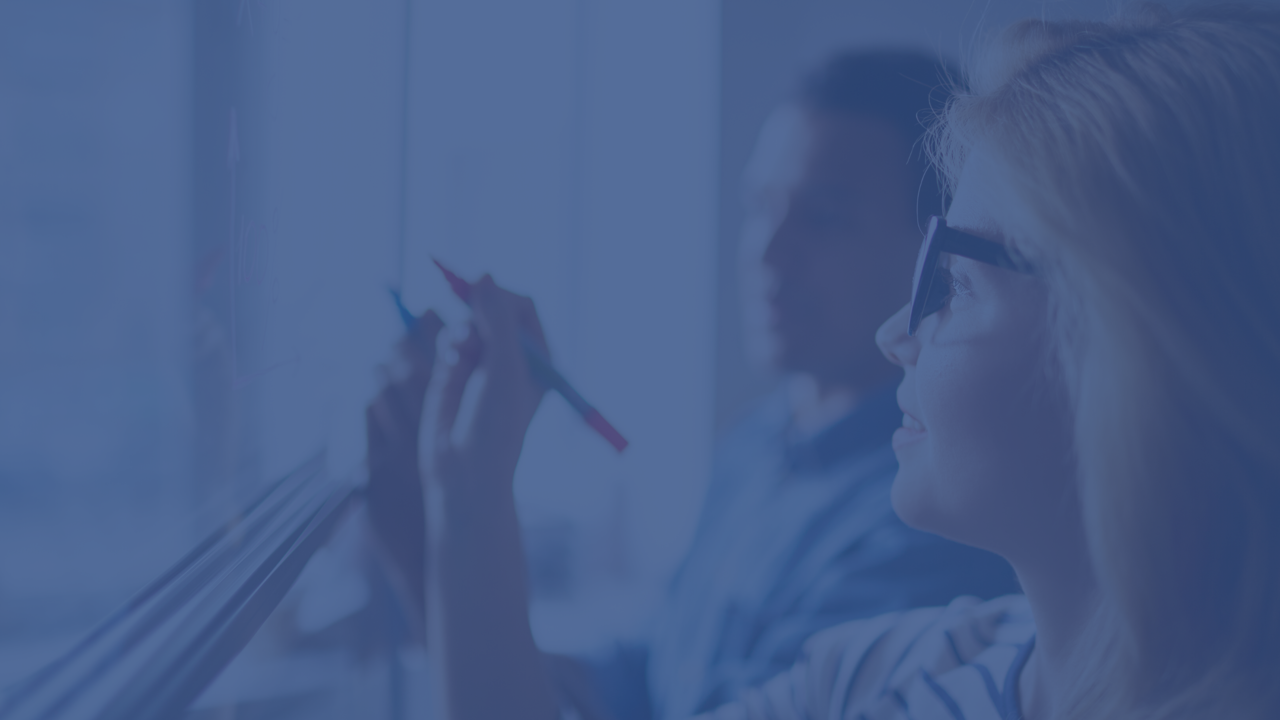 Working Toward Goals With Your Spouse

No matter how long you've been married, showing your love can still be fun & exciting.

Grab my list of 50 ways you can show your love now.

Answering "No" above may prevent the PDF from being delivered.
We never send spam. You can unsubscribe at any time.